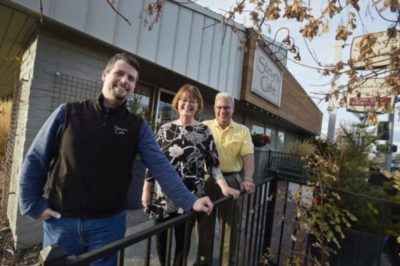 Steve’s Cafes in Helena sell but stay in the family

pennylou2014@gmail.com December 6, 2018 Comments Off on Steve’s Cafes in Helena sell but stay in the family

Steve’s Café is a neighborhood business that is family owned and originated in April 2009.

Steve’s Café in Helena has recently sold. However, longtime regulars have nothing to worry about as it’s being kept in the family. The new owner is Steven Vincelli, son to founders Steve and Penny Vincelli.

“I don’t see any reason to make changes,” Steven said. “Maybe little tweaks here and there to improve things, but nothing else.”
Steve and Penny aren’t going anywhere, except for a planned vacation to Hawaii and a mission trip to Africa.

“But they have to come back,” Steven said. “It wouldn’t be a family business without them.”

The Vincelli family has been in the Helena restaurant industry since 1999, when they opened the Montana City Grill. They sold that after eight years and opened the first Steve’s Café on Custer Avenue in 2009. A second one followed in Meridian, Idaho, which was run by Steven, and a third opened in 2013 back in Helena on Montana Avenue.

Steven ran the café in Idaho for five years, when it was purchased by an employee in Helena. Three years ago he returned to Helena to help his parents.

“It’s time,” he said of his parents’ retirement. “They keep talking about Hawaii.”